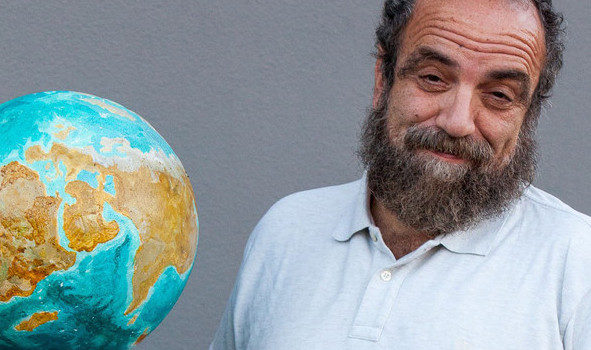 After 7 (like capital vices) and 30 (like the number of articles in the Human Rights Charter), numerology according to Job Covatta now focuses on six. The 6th (Seigradi) show is the show that the multifaceted artist from Taranto is bringing around the theaters of Italy and which will make a stop in Bari, from AncheCinema, on Thursday 30 January (Corso Italia 112, 9pm, info 329.611.22.91 ).

This time the number serves Covatta to imagine, with the usual lucid irony, the future of planet Earth six degrees away from today. Six degrees more to hypothesize apocalyptic scenarios, which would seriously jeopardize the survival of mankind, but not its ingenuity, greatly amplified by the situation of great emergency: Covatta in fact paints in the show genius and eccentric characters, who try to cope to the drama of the planet giving way to its inventiveness, creating systems and devices that should serve to save the world.

Also in this show, therefore – as already in the previous Jokes, by Ascanio Celestini, and Donchisci @ tte by Benvenuti and Fresi, staged by AncheCinema in the last few months – the comic verve serves to support an ethical reasoning, a critical reflection on behaviors and established lifestyles that contradict the very idea of ​​human evolution.